We’re calling it — the intricate, interwoven braid-within-a-braid Diane Kruger wore to the West Hollywood premiere of The Bridge is officially the Inception of all hairstyles, and we can’t wait to try our hand at the effect.

While it seems complicated at first glance, you can master the look by simply breaking it down section by section.

Kruger’s hairstylist Kylee Heath tells us how to achieve the look:

Hairstylist Kylee Heath began by working the Leonor Greyl Spray Structure Naturelle from her roots to her ends to form a solid foundation, then rough-dried her hair before starting on the first plait.

“I created a part from the top of the left year, straight over the head, to the top of the right ear. I broke that section into two, creating a center part, then clipped away both sections,” she says. “I then created two additional partings, forming a triangle section in the back.”

How to Create the Braids:

Once each area was sectioned off and clipped into place, Heath twisted a tight braid down the center portion, and anchored it at the base of Kruger’s neck with a clear elastic.

She then moved on to the two triangle-shaped pieces on either side of the star’s head, and wound them into a loose French braid.

“I gave the roots a light ease for volume, then pulled each area over the top of the sectioned cornrow,” Heath adds.

“Braiding the hair until only about two and a half inches were left, I secured with a clear rubber band, and lightly loosened up the plait.” A few face-framing tendrils were pulled out in the front, to give her hair a finishing look. 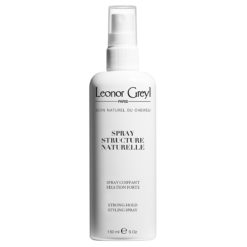